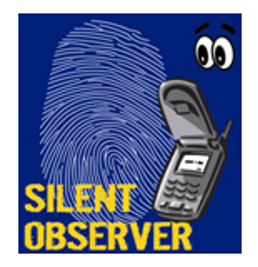 On March 23, 2021, Portage Department of Public Safety Police and Fire Divisions responded to U.S. 131 on a personal injury crash north of I-94. It was determined the crash occurred following what was reported to be road rage between two vehicles - a gold Honda Accord driven by the victim, and a black Chevy pickup driven by an unknown, heavy-set white male with gray hair and a full beard.

The victim reportedly changed lanes multiple times to avoid conflict, however, the driver of the pickup continued to move from lane to lane in front of the victim while engaging in confrontational acts. Eventually, the driver of the pickup changed lanes directly in front of the victim and then abruptly hit his brakes, causing the victim to take evasive action to avoid colliding with the rear of the truck. The victim veered off the roadway into the median where her vehicle rolled several times.

The victim suffered major injuries and required multiple days of hospitalization. Her young child, who was in a child restraint seat, was not seriously injured.

The Portage Department of Public Safety is asking for the public’s assistance in identifying the suspect in this incident. Photos of the suspect vehicle are attached.

Anyone with information is asked to call the Portage Department of Public Safety at 329-4567 or Silent Observer at 343-2100.  Tips can also be submitted through this webiste or the free P3Tips app.

Silent Observer encourages members of the community to assist local law enforcement agencies in the fight against crime by overcoming the two key elements that inhibit community involvement: fear and lack of interest.

Silent Observer provides a telephone hotline and web tip page  to encourage citizens in the community to volunteer vital information helpful to law enforcement agencies in their crime-fighting efforts.   In addition, tips can be submitted through the free app "P3Tips."

Callers can remain anonymous and are eligible to receive a cash reward if the information given leads to an arrest and conviction, or grand jury indictment, of a felony offender.

Silent Observer relies on volunteer Directors and tax deductible contributions from the public in order to operate the administration of the program.